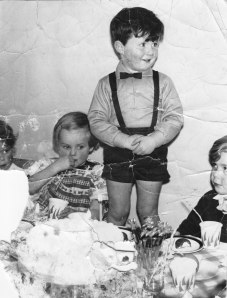 Though he hasn’t worn a dicky bow since 1967, Maurice Guéret still enjoys a good party.

A medical graduate of Trinity College Dublin in 1988, Maurice’s Rude Health column in the Sunday Independent won many readers for the accessible form of writing on healthcare and an unerring ability to identify spades as spades. His humorous meanderings and original commentaries on materia medica have proved peculiarly addictive.

When not writing, Maurice worked as a family doctor for many years and is a member of the Society of Medical Writers. Since 1994 he has compiled the annual Irish Medical Directory (the Doctor’s bible) and also edits and publishes IMD News once a month for colleagues. Onetime member of the Eastern Regional Health Authority and former chair of Alice Leahy’s homeless charity Trust, Maurice’s ambition to be minister for health has now been cured. He is married and lives in Dublin with his wife and daughter.

Two collections of his writings have proved popular. A third book, focusing on popular remedies, has been promised.